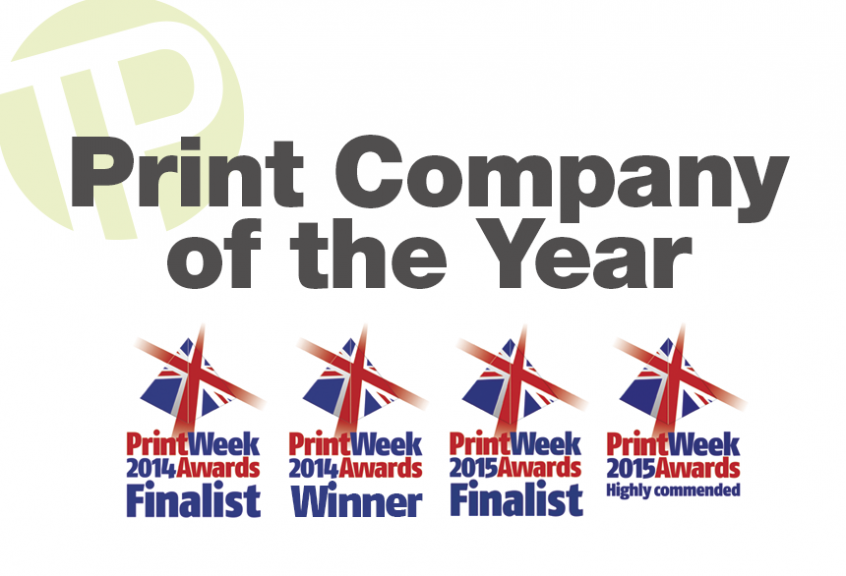 Can we be honest? At first, we were a wee bit disappointed to be the only Highly Commended finalist for the big PrintWeek Award. Then we thought about it. The winner was worthy, and we HAD won last year. To be selected twice for the shortlist from all the excellent printers in the UK is a notable achievement in itself. And we had never entered before we were crowned Company of the Year in 2014. So we’re very proud to be able to say we were Highly Commended in the competition for Printer of the Year. That’s second place. Nearly as good as last year’s first.