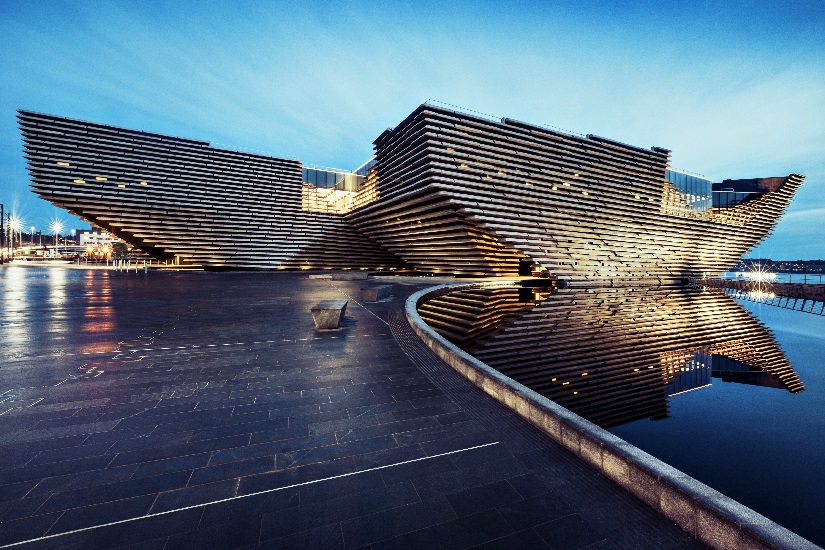 The City of Discovery has long been recognised for innovation and design.

Dundee is home to a thriving games industry, responsible for titles such as Grand Theft Auto and Lemmings. While bands such as Snow Patrol and the View met, lived and found fame from the city. Dundee is also a haven for comic book fans, with the creation of legendary titles such as the Beano and the Dandy, a Comic’s Creative Space, and the world’s first Masters course in Comics and Graphic Novels. The University of Dundee’s Duncan of Jordanstone College of Art and Design is also a leading design school in the UK. Dundee then, were a clear choice for UNESCO’s first City of Design in the UK in 2014.

With a rich heritage in a variety of creative outlets, it was no surprise when, over a decade ago, the V&A announced Dundee as the location for Scotland’s first design museum and the only V&A museum in the world outside of London. 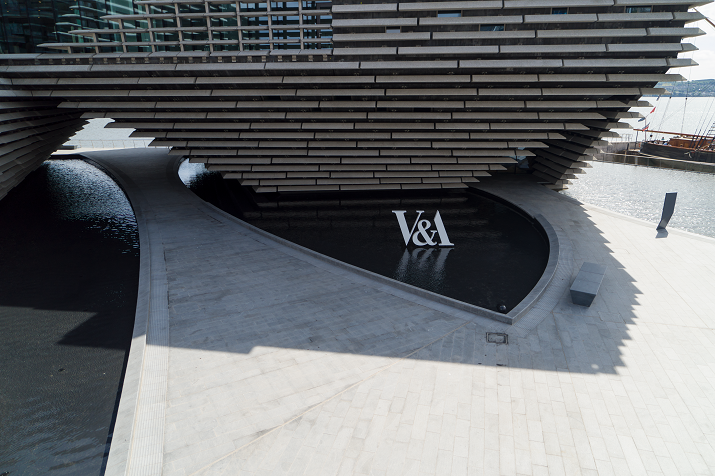 The V&A Dundee museum is an international hub for design, discovery and education. Visitors can enjoy permanent galleries exploring Scotland’s design heritage. Exhibits include a restored Charles Rennie Mackintosh 13.5m panel “oak room”, a “winged” tiara featuring 2,500 diamonds and a pistol made in the 1700s.

Changing exhibitions will showcase international design, the first of which explores how ocean liners became a symbol of 20th century modernity. Ocean Liners: Speed and Style delves into the design and cultural impact of ocean liners, including their promotion, engineering, interior design and the lifestyle on-board.

The V&A Dundee has already been inspiring people across Scotland. For the last 5 years, a range of workshops and exhibitions have been delivered to school pupils and the general public. In 2015 a touring exhibition, Design in Motion, reached 12,000 people from 85 locations in Scotland before moving on to the V&A London. 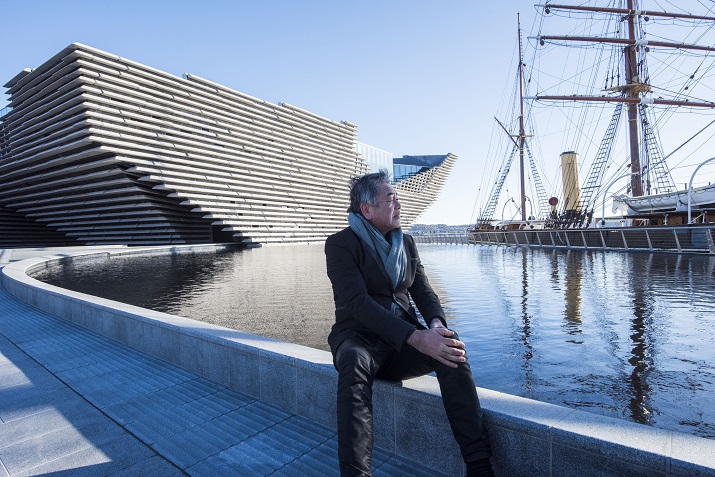 The building was designed by Japanese architect Kengo Kuma. The architect was selected following an international competition, with the public being invited to comment on each design before a winner was selected. Kuma hoped to create a “living room for the city” which would be a welcoming space for all. This is Kuma’s first building in the UK and he has since designed a stadium for the Tokyo 2020 Olympics. The £80 million building is inspired by Scottish cliffs. Containing no straight external walls, it has been constructed from 2500 pre-cast rough stone panels.

The museum will open on Saturday 15 September with a full weekend programme of events. The 3D Festival begins on Friday evening in Slessor Gardens with live music from Primal Scream, Lewis Capaldi and Be Charlotte. The festival continues on Saturday with a range of local creative and musical talent including Kyle Falconer. Museum entry is available to those with tickets across Saturday and Sunday, with the museum opening to the general public on Monday 17th September.

Tickets to the 3d Festival on Friday, and entry to the museum over the weekend, were allocated by ballot. Saturday’s 3D Festival is not ticketed and entry is available on a first come first served basis.

As a company born in Dundee over 20 years ago, we have watched the creative industries here flourish. They have grown and so have we, both as a company and the size of our team. Our office and factory buildings are packed with Dundonians and graduates from the local universities and colleges. We are proud of our heritage. We will continue to support our local design and creative talent by passionately providing the products they need for the price they want.

Click here to find out more about the V&A museum and their opening weekend.