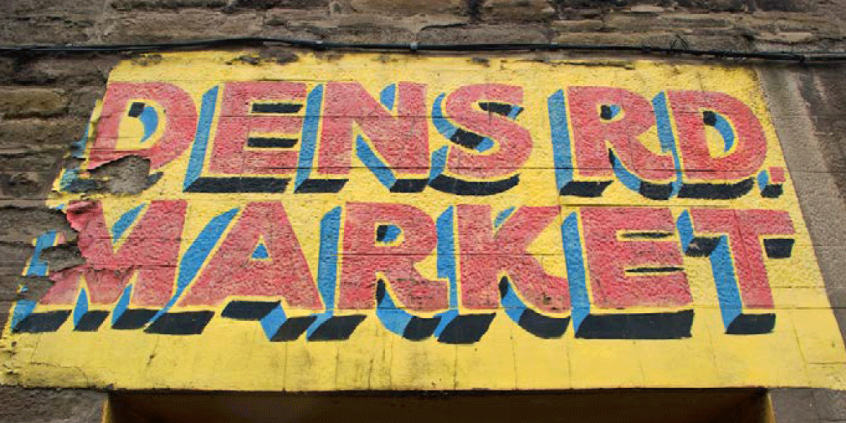 We are positively bursting with pride because our very own David McLeish, contemporary artist and designer who works in our Prepress department has designed and launched his own font DRESDEN K-MART. The font is inspired by local Dundee hand-painted signs, specifically those of Ernest Gauld the original signwriter behind the ‘Dens Rd Market’ sign.

As Dundee grows and develops David was inspired to grip tightly to some unique heritage and transform it for the digital age. This font is not a tribute to the famed painters of the era but more a celebration of the indigenous culture which predates any of the more formal Scottish cultural institutions. This font is a homage to those part-time creators, the unsung contributors to Dundee culture who didn’t do any of it for fame or fortune. They simply created to make Dundee more functional and a more beautiful corner of Scotland, to leave things slightly better than they found them.

David says of the font:

“The Dresden K Mart font was primarily designed as a multipart family of typefaces, it is worth experimenting with duplicated layers with a different font family member, different colours, varying offsets, on each to create a near-limitless variety of effects and finishes for different purposes; just play with it!”

The inspiration Behind The Font

Ernest Gauld, a Dundonian sign painter was born and raised in Dundee where he attended Rockwell High School, and conducted 2 years of National Service in India as they were becoming independent, where he observed, sketched, drew, painted and began to develop a particular interest in typography. 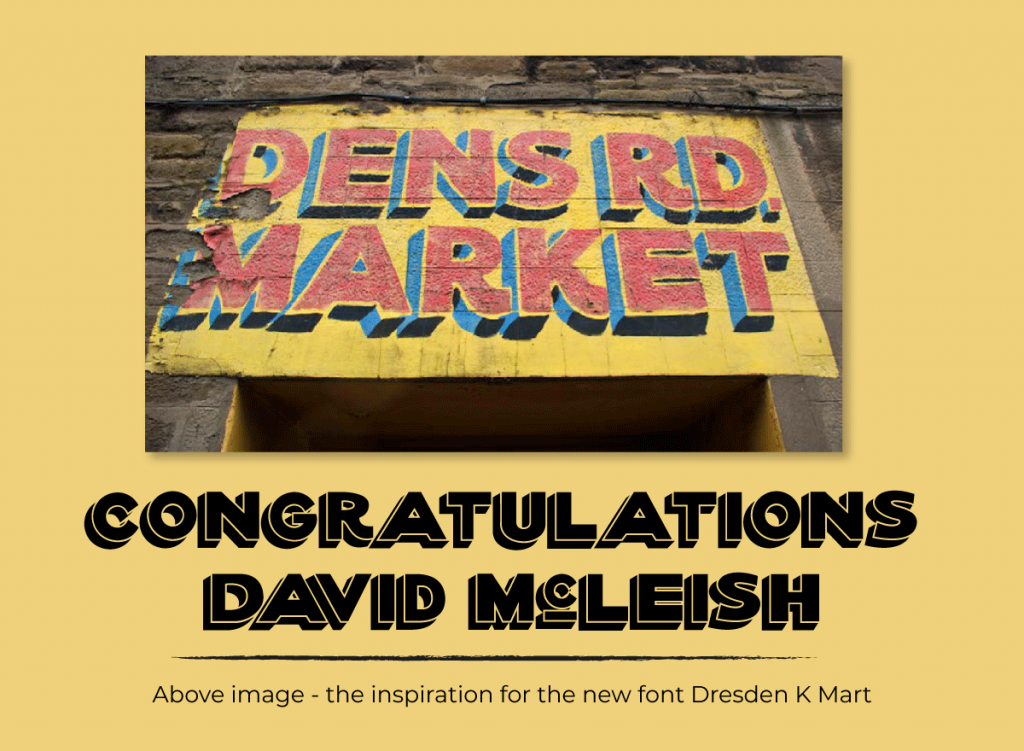 After returning to Dundee and starting a family, he turned to lorry driving to earn his crust. At the ripe old age of 42 he finally gave into his creative calling and started to produce the signage that may be familiar to many in Dundee today even though many pieces are now gone. His most notable signage was the Dens Road Market signage, The Horn diner by Errol, numerous city cabs, Scott Brother’s Livery, much of Albert Street and numerous shopfronts and bars. He was well-known in the day for painting cab numbers during his lunch hour.